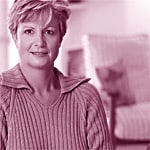 Recently changes were made to both State and Federal laws to provide for the Family Court and the Federal Circuit Court to deal with the division of assets between same sex couples.

In the past there was no specific legislation that governed the way in which assets should be divided between separating same sex couples in South Australia. Not withstanding this, there were legal and equitable remedies to assist in the event of an untenable situation arising between separating same sex couples and it was possible to lodge an Application in the District Court.

These important changes have allowed same sex couples to have the same level of certainty and access to an equitable legal system as heterosexual couples.